ENAAT: the EU Strategic Compass, a boon for the arms industry

On 21 March 2022, Foreign Affairs and Defence Ministers of the EU adopted the Strategic Compass, after 2 years of negotiations. Meant to be a kind of White Paper on Defence for the EU, it now remains to be seen to what extent the political commitments will actually be kept. However, what is certain is that the most concrete proposals are a new boon for the arms industry in the context of the Russian invasion of Ukraine.

Even if implemented only partially, the Strategic Compass is a significant further step towards EU militarisation: it is about preparing for future wars, or better said, wars of the future. And this is happening in a real democratic vacuum: the European Parliament is not mentioned once in this 47 pages-document, nor are concepts such as scrutiny or accountability. On the other hand, it is to be expected that the Member States will use the fact that this is happening at EU-level as an excuse to limit the involvement of national parliaments. Some proposals will force all EU Member States, even with a tradition of neutrality, to be further involved in this militarisation, at least in financial terms: increasing military spending both at EU and national level is presented as a given and not as a political choice. The possibility, that the Strategic Compass allows, for an ad-hoc military mission led by a group of EU countries to be considered as an EU mission, paves the way for such missions to be partly funded by all Member States, on the basis of “financial solidarity”. In other words, EU states that would not want to go “far enough” should pay for the others militarising faster. The Strategic Compass aims to turn the EU into a military power among others, in order to help preserve, along with NATO, western hegemony for a while longer. This can only lead to more confrontation and wars. It is to be feared that the momentum for building a fairer world order has definitively passed, and the opportunity for Europe to pursue a different path focusing on resolving the root-causes of conflicts and violence instead of power relations, has been lost Making the EU a military power concretely means giving the EU the political and material means to conduct more military interventions abroad, with little or no parliamentary or democratic oversight. In addition, the aim is also to bring other countries on board by providing them with military equipment and expertise in the framework of so-called assistance or capacity building measures, or by calling on them to participate in EU missions. Yet collectively, EU defence is far from insignificant. The total military spending of EU countries has been second in the world for 2 decades, with China only recently equalling this level, which has been 4 to 6 times more than that of Russia in recent years. EU members have over 1.2 million soldiers – similar to the US army with 1.5 million, and a high level of capabilities including 1,700 modern combat aircraft, 250 transport aircraft, and 2,500 helicopters, of which 330 are attack helicopters. Using the Russian threat as an argument to drastically increase military spending, while it is bogged down in Ukraine, does not seem rational: the Strategic Compass provides no answer to resolve this contradiction.

In particular, political commitments for more and better coordination and cooperation on capacities are made once again, without offering any evidence that they will be met. What one can be sure of is that the more concrete proposals of the Compass are a boon to the arms industry: whether it is to equip European armies or those of partner countries (and thus conquer new markets in the process), whether it is to receive subsidies for the development of highly sophisticated or ‘green’ armaments to fight the wars of the future, or to facilitate arms exports in the name of competitiveness -and even subsidise them with public money through the Peace facility, arms dealers will be the first ones to benefit from most of these proposals. In our recent report Fanning the Flames, we show how 15 major armament companies are grasping 70% of the precursor programmes of the new €13 billion European Defence Fund, many of them having lobbied for the creation of this Fund. Many of them are involved in nuclear weaponry, are facing serious corruption allegations, or have exported weapons to “repressive regimes or countries in conflict”. We also demonstrate that close to 70% of the allocated funds under the Defence Fund precursor programmes goes to the ‘big four’ – France, Germany, Italy and Spain, which are the main EU military powers and arms exporters. Although not a surprise, it is questionable that a community programme which should seek the general interest ends up subsidising the happy few. The Strategic Compass gives no sign that these trends will change: in other words it is paving the way for substantial increases of national and European military spending, while the reins remain firmly in the hands of governments, with very limited democratic control, and in particular in the hands of the four main military powers that will benefit most from the financial spin-offs for their industry. Moreover, as we have warned since 2016, first the European Commission and now the Member States in this Compass are using the Defence Fund as a pretext to suggest downgrading arms export rules, in order to provide EDF-funded products with ‘adequate and competitive access to international markets’. This concretely means applying the lowest common denominator so that no country with stricter rules could prevent those with more ‘relaxed’ rules from exporting these products. The Strategic Compass also echoes the Commission’s proposal to widely open public and private funding to the arms industry, including through the European Investment Bank and sustainable finance tools. In other words, producing weaponry should not only be considered a normal business, but even as an environmental and socially-friendly investment! Like the Defence Fund, the Strategic Compass focuses on the development of sophisticated weaponry for future wars, with the integration of artificial intelligence into weapons systems and the exploration of other disruptive technologies such as quantum computing, advanced propulsion or bio- and nano-technologies. Yet there is little mention of ethics and legal norms, apart from some general references to international law. No lessons seem to have been learned from the severe shortcomings regarding ethical and legal controls under the EDF precursor programmes. The proposals in the Compass will only exacerbate the very worrying trends we highlight in our research: The checks applied so far by the EU fall far short of even the most basic legal and ethical standards under International and European Law, and mainly relies on self-assessments by the applicants themselves.

This is leading to a de facto deregulation of developing the next generation of weaponry, including autonomous systems and disruptive technologies. EU militarisation favouring the arms industry started well before the invasion of Ukraine, at a time when Russia was not even perceived as a serious military risk. The war in Ukraine is thus rather an excuse for than the cause of the ‘quantum leap’ called for by Josep Borrell when presenting the text. Apart from some language strengthening, the Strategic Compass does not bring concrete solutions to overcome the usual limits and constraints on EU defence policy, from the decision-making process to the relationship with NATO. Once more, the alleged turning point is likely to mean taking the simplest path of favouring the arms industry, and facilitating its access to private and public funding as well as the export of EU-funded weaponry. This will only exacerbate the global arms race which in turn fuels conflicts. Is this really what citizens mean and expect when they call for the EU to do more on security and Defence? 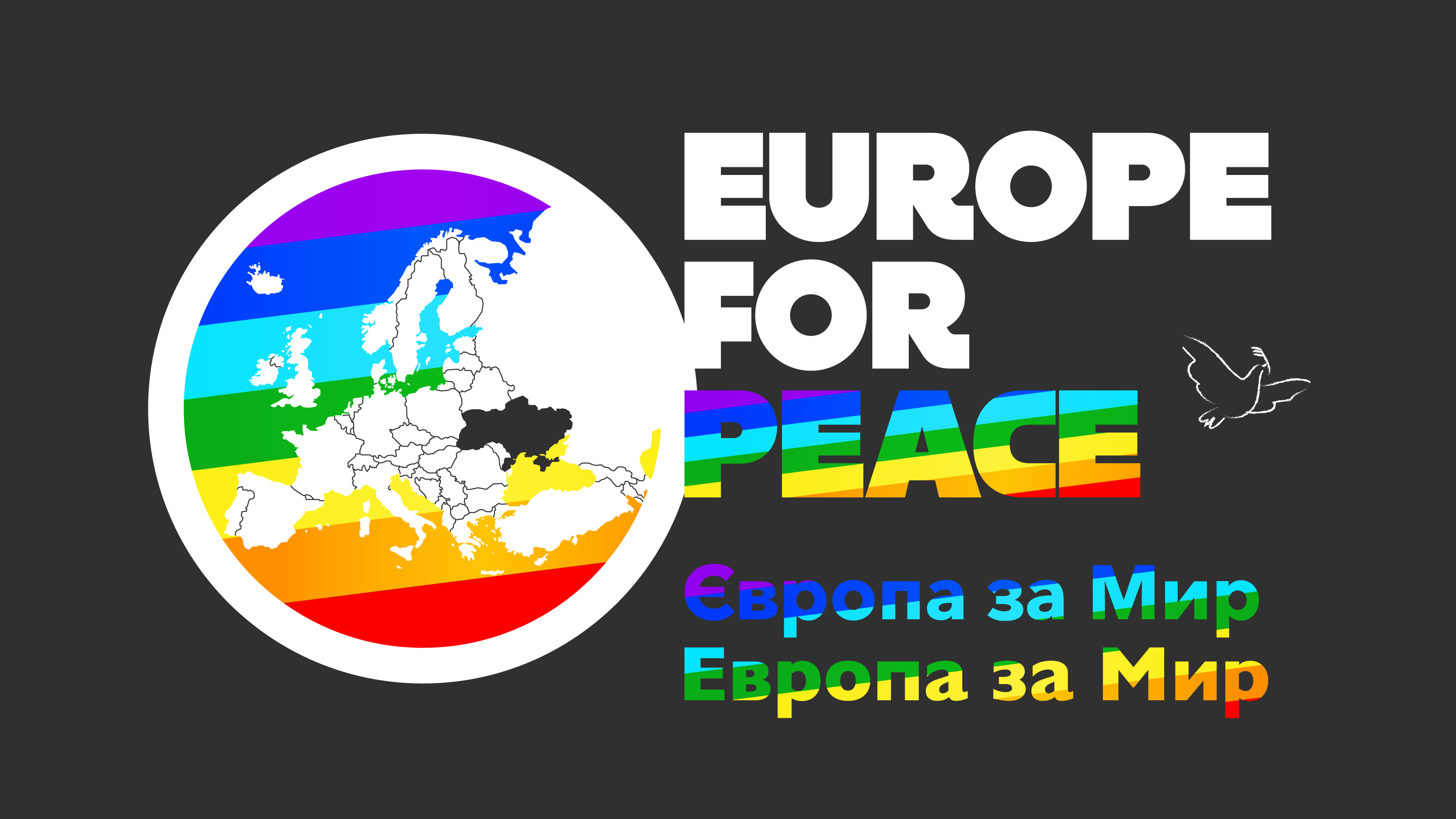 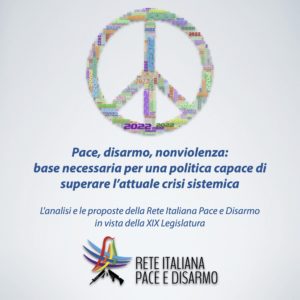 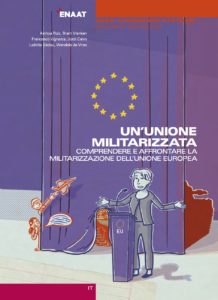